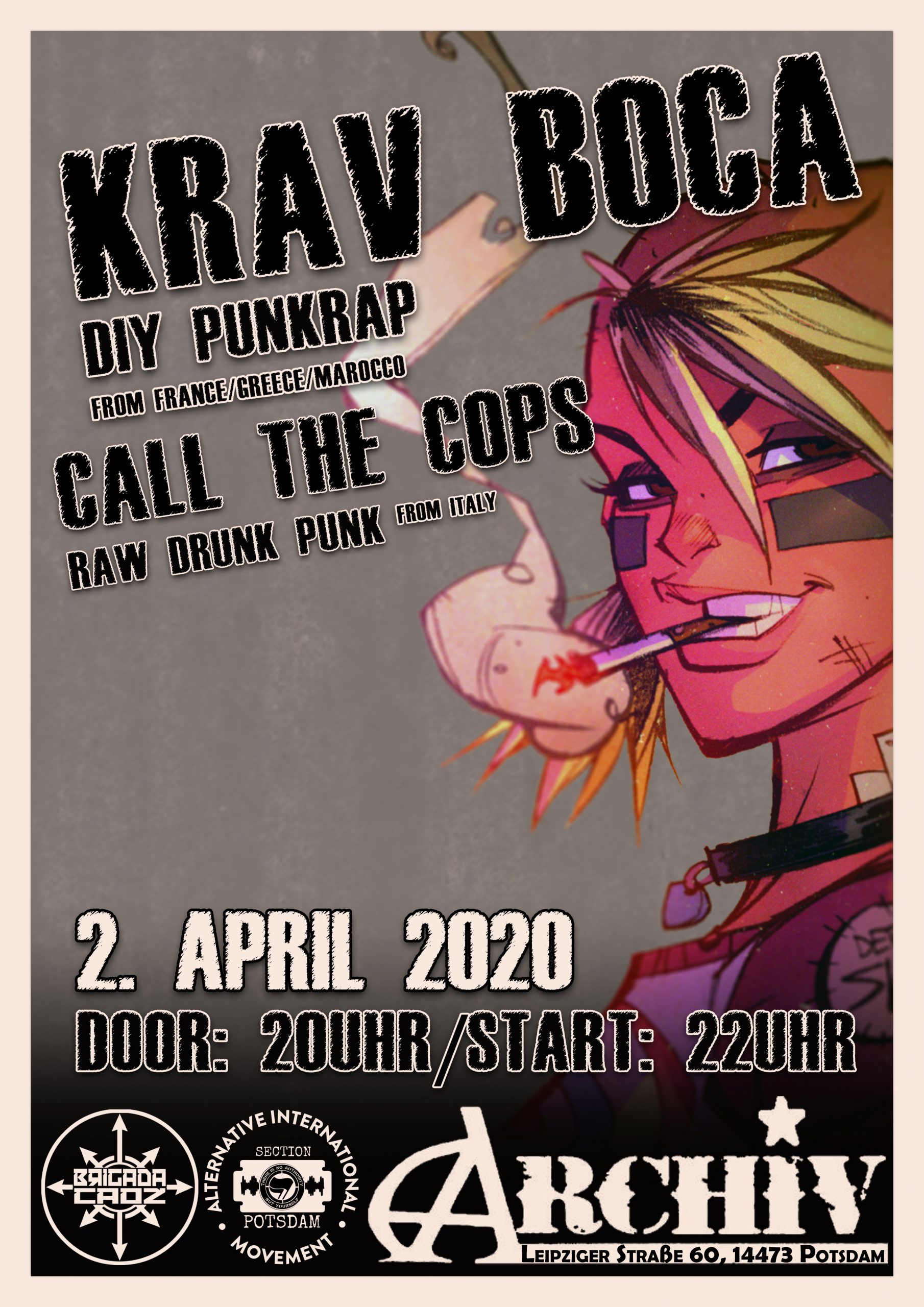 Krav Boca rioters perform always hooded ! Pushed by a powerful guitar-bass-drums-mandolin, the 3 masters of ceremony invade the stage with greek and french lyrics : neither punk, nor rap or metal, but definitely a combination of all three.

After the release of its three first albums, “Sanatorium” (2015), “Canette à la Mer” (2017) and “Marée Noire” (2019), the band still continue to play with its double nationality by multiplying tours all over Europe. Into the pit, on stage, on a playground or in the street, the watchword remains : CHAOS !

Call The Cops is a 4 piece Rotten Raw Drunk Punk band based in Bologna, Italy. All Cops Are Bastards