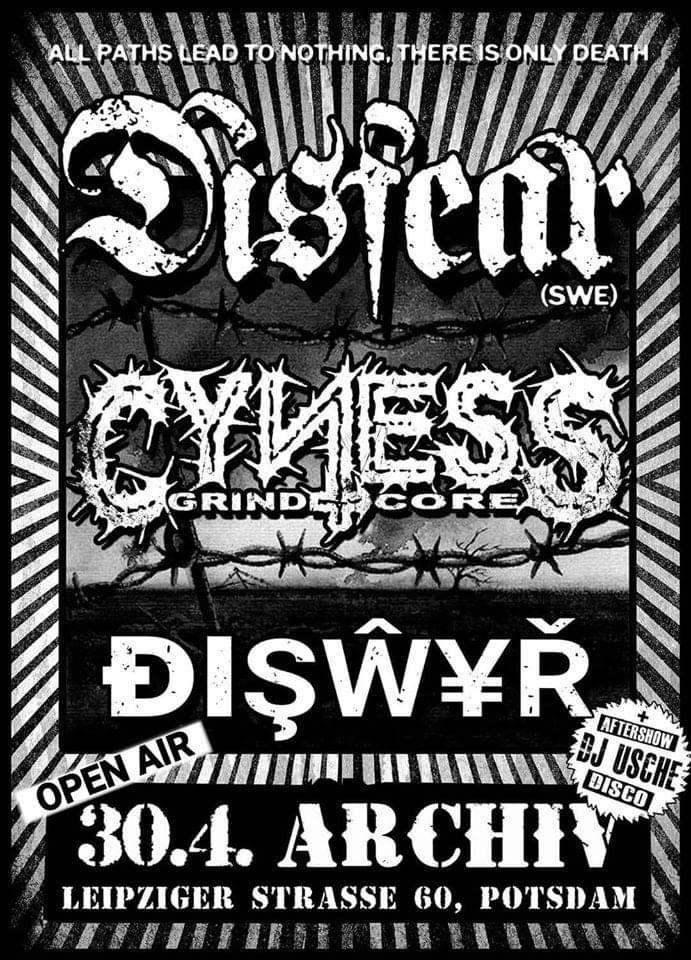 Disfear got started in 1989 as Anti-Bofors and became a household name when the Tomas Skogsberg-produced “A Brutal Sight Of War” recieved rave reviews. Since then, Disfear has released four albums and toured – if not the world – at least great parts of Europe, appearing at countless hedonistic rock festivals.

Cyness started in fall 2000 and released two albums and a couple of split 7″ with bands like SKITSYSTEM, EXCRUCIATING TERROR and PLF. Several tours through Europe and the US made them pretty well known in the underground and let them also play bigger festivals like Netherlands Deathfest, OEF, Bloodshed Fest or Enemy Of The Sun.